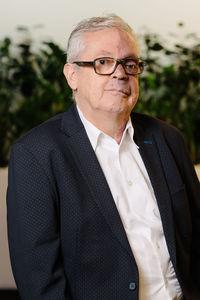 After two and a half years of arbitration proceedings concerning BESREMi® (Ropeginterferon alfa-2b), the decision by the ICC Arbitral Tribunal has now been made. In 2017 PharmaEssentia had attempted to terminate the contractual agreement with AOP Orphan. The arbitral award states that the termination of the aforementioned contract was unjustified and thus that the license agreement remains in full force and effect. Consequently, AOP Orphan is entitled to payment of damages for project delays caused by PharmaEssentia, resulting in delays of the approval of the medicinal product for human use BESREMi® in Europe and delays in supply to patients affected by polycythaemia vera. On these grounds, the ICC has awarded AOP Orphan damages of a total of approximately EUR 143 million.

Based on the above mentioned contract which has a territorial focus on Europe, AOP Orphan started the development of BESREMi® in 2009: Whereas PharmaEssentia supplied the active pharmaceutical ingredient, AOP Orphan completed the development of the drug product, conducted Phase I/II and Phase III clinical trials to verify the use of BESREMi® in patients with polycythaemia vera, and subsequently successfully submitted the dossier for approval by the European Medicines Agency (EMA). Furthermore, AOP Orphan has started and completed additional clinical trials in polycythaemia vera in a different patient risk group, and in chronic myeloid leukaemia and myelofibrosis under the context of the further overall development program in order to fully exploit the commercial value of BESREMi®.

"We are relieved that the ICC ruling compensates AOP Orphan now for the delay in getting BESREMi® approved in the European Union, and the delay in bringing this important medication to the patients suffering from polycythaemia vera, a rare and chronic disease of the blood building cells", explains Dr. Rudolf Widmann, Chief Therapeutics Officer, Member of the Board and founder of AOP Orphan. "We had initiated the arbitration already in March 2018, to appeal unfounded attempts by PharmaEssentia to terminate the contract, and for a damage compensation for delays caused by PharmaEssentia. Now we are reassured of our situation as the ICC ruled that the contract with PharmaEssentia is in full force and effect, and that AOP Orphan is entitled to damages of approximately EUR 143 million. Accordingly, we have issued an invoice to PEC on this amount for payment."

AOP Orphan Pharmaceuticals AG is an international pharmaceutical company with its registered office in Vienna and a focus on special diseases with a complex management. Over the past 25 years, the company has become an established provider of holistic therapy solutions from its headquarters in Vienna. This development has been made possible by a continually high level of investment in research and development on the one hand and a highly consistent and pragmatic orientation towards the needs of all our stakeholders on the other - especially the patients and their families but also the doctors and care professionals treating them. In the third quarter of 2020, AOP Orphan took over Amomed and SciPharm, two European health care companies, thus continuing its consistent path of growth into a pan-European health care group specializing in special diseases with a complex management. Within the overall portfolio of approximately 20 products, the AOP Orphan group expects sales of approximately EUR 200 million in 2021 and intends to increase its revenues to one billion euros by 2030.