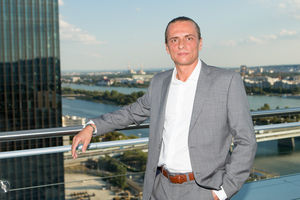 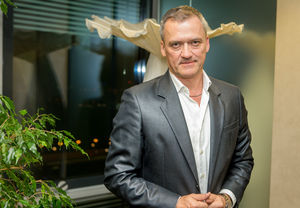 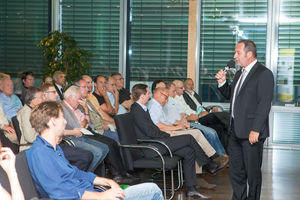 Vienna (ptp028/31.08.2016/13:00) - On occasion of their fourth annual general meeting, the Austro-American filter manufacturer dexwet International AG appointed IT-entrepreneur Alexander Wiesmüller (Vianet, GlobalCore) as new Chief Operating Officer (COO). Together with CEO Clemens Sparowitz, Wiesmüller will represent the dual leadership function in the future. Dexwet founder Erich Peteln will move to the supervisory board. With Hans-Jörg Wagner, a renowned expert in the field of Business Development, the supervisory board welcomes another member to the organisation. Born in Austria, but now living in Singapore, Wagner recognizes a great potential for growth of dexwet filter innovations in Asia. The decisions regarding human resources were agreed upon by the majority of the shareholders.

Following a rather turbulent business year 2015 and significantly decreased revenues in the core business when compared to the previous year, the management board had to account for the highest annual loss in the company´s history at the general meeting, which was attended by about 100 shareholders. Various corporate actions involving new equities, which had already been taken by the management board in 2015 proved effective to settle the accrued loss by means. According to a statement of the supervisory board, the negative result of the previous year´s low turnover figures makes it absolutely necessary to implement strict austerity measures. Afterwards he presented the "Dexwet Agenda 2017/18", which is aimed to make for the achievement of a turnaround in the third quarter of 2016, as well as to lead the company back into the black, and to break even until the end of 2018.

"Other than it was supposed to be, 2015 turned out to be another year of restructuring. We completed our investments in the automated robot production and are now, for the very first time, in a position to deliver large quantities in four product segments to the international market" Sparowitz announced at the general meeting. This progress involved the development of a motorsport filter for the entire European NASCAR series, which enabled us to gain a foothold in the automotive sector way earlier than expected. Considering that we´ve already achieved first sales and provided that we stick to our ambitious discipline, we have laid the foundation for the requirements that we need to realize a turnaround by our own efforts. It is on us" dexwet-CEO Sparowitz continued.

"Dexwet represents the prototype when it comes to sustainable and competitive technology. This opens up many opportunities for us. I´m looking forward to facing this challenge." the new COO Alexander Wiesmüller emphasized in a statement he gave after his appointment to management board. Making dexwet an international brand on the basis of a solid company performance would be top priority. Above all, the value of the company depends on an expansion of the application spectrum. "The brand dexwet will become recognized for its unique filters, which can be cleaned in the dish-washer and used again. A strong brand ensures the company´s increase in value beyond the growth phase. This is, what will be followed up on by us."

The dexwet founder and new member of the supervisory board Erich Peteln emphasized the positive prospects for the future at the general meeting. "The emission of fine dust in both external and internal environments will remain a matter of interest to us. dexwet represents the outcome of the development of a technology that alleviates the health burden and preserves the operation of industrial plants, machinery, and motors. Today already, we´re able to deliver filters for a diverse field of applications. Our passive ambient air filter system "dexwet pure air" home, for instance, is still being supplemented by active components so as to ensure safety at home and at the workplace throughout the whole year. Plus, you´ll find our products as well in the cars of tomorrow." Peteln stated.

The new member of the supervisory board, Hansjörg Wagner, who´s gained international recognition as an entrepreneur in technology, expert and business angel is positive regarding the company´s growth potential in Asia. From Singapore, Wagner´s adopted homeland, he plans to provide support to dexwet by giving strategy advice and implementing business development activities. "We need to focus on the markets in China and Asia, as everything over there seems to develop at a very fast pace. If you want to climb on the bandwagon, you must be prepared to step on it. I ´m seeing great potential here, but we mustn´t waste any more time." the native Austrian who moved his main place of residence to Singapore, stresses.

dexwet International AG is specializing in the development of innovative filter technologies and owns nearly 50 patents in the USA and Europe. The company´s unique filter system separates coarse-, fine- and micro dust in an efficient and reliable way, while standing out for its considerably high air permeability. dexwet´s filter systems are produced and distributed as fine dust filter systems for office equipment (printer, copying machine, fax) used in the pharmaceutical sector, gambling industry (gambling machines), and in the banking sector (ATMs). Since 2014 the company has been intensively working on solutions for the automotive industry as well as in the field of interior air filtration.
http://www.dexwet.com

Constitution of the new executive team: