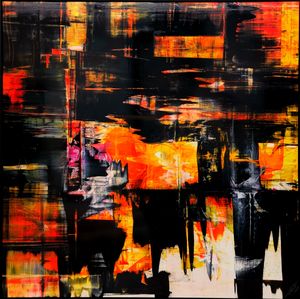 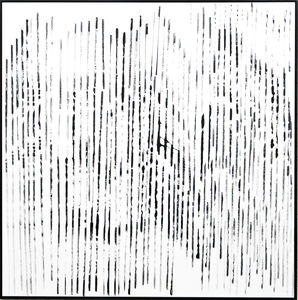 Zurich/Barcelona (ptp023/13.03.2020/14:30) - From 18 to 22 March 2020, the Swiss artist François Lopez will present two of his favorite artworks in the Valid World Hall art gallery in Barcelona as part of the ARTBOX.PROJECT Barcelona 1.0. The exhibition will be an interesting mix of digitally presented works as well as original artworks.

François Lopez started his professional life as an offset printer, which can still be seen in his works of art today. He uses only offset inks and familiar tools such as spatula and scraper, which he held in his hands daily during his time as a printer. He usually uses canvas or various types of paper as a basis, on which he processes the impressions from his everyday life with passion and dedication into colourful creations.

In Barcelona, the Zurich-based artist will present two of his favourite artworks to the public. Lopez found the inspiration for the paintings during a stay in southern Africa. In his work "Africa" (2019), he summarizes the touching and at the same time sad impressions he gathered at the Zeitz Museum in Cape Town which is dedicated to African history and art, as a painting. With predominantly dark colours, which symbolise the darker sides of the otherwise beautiful country, he created a work that deals equally with poverty and wealth, imprisonment and freedom. It is a testimony of the carousel of thoughts he experienced in his head while immersing himself in African history.

His second painting "Elephant" (2019) was influenced by the Nelson Mandela Monument in Hawick, which consists of 50 steel columns that form a two-dimensional image when admired from a distance. Also in his painting "Elephant" one has to look at the black and white canvas from a sufficient distance to recognize the hidden animal with its magnificent head.

In addition to his original artworks, his new artist catalogue can also be viewed on site. All art lovers are cordially invited to visit the Valid World Hall art gallery at Buenaventura Muñoz 6 in Barcelona from 18 to 22 March to see the works of François Lopez and numerous other artists from all around the world. The exhibition is open from 10 a.m. to 8 p.m.

The art catalogue of François Lopez can now also be ordered at: https://artbox-publish.myshopify.com/collections/latest/products/francois-lopez-1

More information about the creative work of François Lopez can be found on his website: http://www.francoislopez.ch