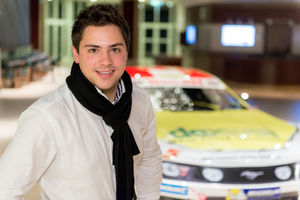 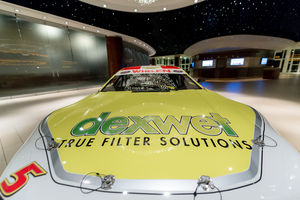 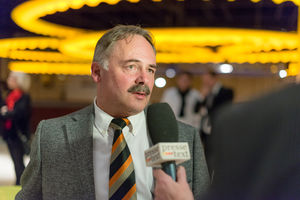 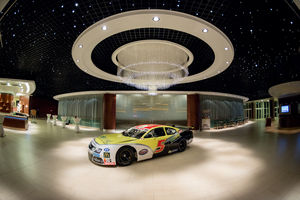 Vienna (ptp025/11.12.2014/16:20) - On Thursday, at Magna Racino Ebreichsdorf, Renauer Motorsport presented, along with the Racing Club of dexwet International, the Ford Mustang V8 with which the Lower Austrians are to proceed into the second NASCAR season in 2015. The professional racing team wants to compete with this car for the team victory; in the first season, in 2014, the team had already scored the 4th place among 32 teams. The support of the filter manufacturer dexwet is jointly responsible for it. http://www.dexwet.com/en/racing-club/

The success of the Austro-American filter manufacturer in the NASCAR Euro Wheelen Series is not limited only to the race results. "If the development tests are positive, then dexwet car filters will be used in all NASCAR racing cars already in 2016 - initially in Europe, later perhaps also in the US racing series", said dexwet racing team in-charge Erich Peteln. The authorities of the NASCAR series have promised dexwet the use of their filters already after the first racing season in Europe, if they are proved successful.

dexwet-CTO Erich Peteln is euphoric. "With professionals like Florian and Sepp Renauer, nothing would deter the positive development up to the season of 2015. Now, it is the time to test, test, and test again", explained Peteln. The task is complex, since it is the question of tenth and hundredth fraction of a second. Much is at stake for dexwet. The NASCAR commitment is meant to boost the entry of the filter manufacturer into the automobile sector - there is a demand for economical and simultaneously efficient air filter solutions.

Expansion of the NASCAR team

Florian Renauer, son of the racing team manager Sepp Renauer, is the new member of the NASCAR racing team 2015. He is not only a racing driver but he has also worked in the development and engineering. The student of polytechnic has documented already the first air filter tests of dexwet in the framework of his diploma thesis. Filters of dexwet are not supposed find their place only in the engine bonnet but also in the cockpit and helmet. Renauer Motorsport is providing a NASCAR bolide along with the team for the tests on the racetrack. http://www.renauer-motorsport.at

Air filters which are yet to be developed are expected to facilitate improved performance of the car engine by higher air flow, among other things, and influence the filtering effect positively. The ongoing and careful data analysis is to work out the difference between traditional filters and dexwet filters to enable further improvements. Photos of the premiere are available at: https://fotodienst.pressetext.com/album/3411