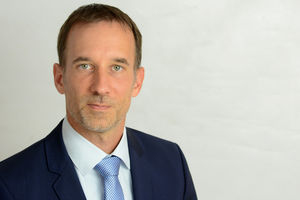 Hochdorf (pta007/25.06.2020/07:00) - The Board of Directors of the HOCHDORF Group has appointed Geza Somogyi as its new COO and member of senior management team. Somogyi assumes the role of Chief Operations Officer (COO), managing all the HOCHDORF Group's production plants. He will take over his new role on 1 July 2020. He replaces the previous COO Christoph Peternell who has left the company at his own request with immediate effect.

Geza Somogyi (1978) holds a BSc in Food Industrial Engineering and is Hungarian citizen. He has worked in different operations positions over the last 18 years and has extensive experience in dairy and powdered infant nutrition production. He was employed by Danone/Milupa GmbH, Fulda (Germany) from 2015 to 2020 as Operations Manager, which included direct responsibility for China (factory registration, recipe registration and general business improvement activities). Prior to this, he led the Danone dairy factory as Plant Manager in Budapest (Hungary). From 2002 to 2013 he worked for Mars Inc., Bokros (Hungary) in various positions starting as Process/Product Development Engineer before becoming Shift Manager, Site Industrial Engineer and finally Operations Manager.

The Board of Directors and senior management team look forward to a mutually successful collaboration with Geza Somogyi and wish him all the best in his new role for many years to come.

The previous COO Christoph Peternell, who has worked for the HOCHDORF Group since 2015, has left the company at his own request with immediate effect. The Board of Directors and the senior management team would like to take the opportunity to thank Christoph Peternell for all his hard work and for his commitment over the past five years.