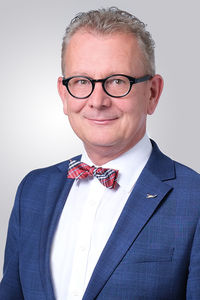 Mannheim-based Deutsche Rohstoff identifies, develops and divests attractive resource projects in North America, Australia and Europe. The focus lies on developing oil and gas opportunities in the USA. Other projects involve the mining and production of metals such as gold, copper, rare earth elements, tungsten and tin. Since going public in 2010, the company has sold a total of seven projects with proceeds amounting to around USD 330 million, achieving a pre-tax profit of around USD 80 million for the Group.

Consolidation in 2019 / New boost in revenue in 2020
In the first nine months of 2019, the consolidated revenue of Deutsche Rohstoff AG fell to EUR 31.2 million (nine months 2018: EUR 88.4 million). The reasons for the scheduled sharp decline are, first and foremost, the previous year's sale of the main acreage of the subsidiary Salt Creek Oil & Gas for USD 60 million to Northern Oil & Gas, in which an unchanged interest of 6 million shares continues to be held by having offset part of the purchase price (approx. 20%) against the exchange of shares. This will bring indirect benefits in the future through dividends and the development of the share price. Salt Creek Oil & Gas has since pursued the strategy of merely participating in other wells (non-operator), successfully completing two acquisitions totalling EUR 5.4 million at the beginning of 2019. The decline in revenue is secondly attributable to the slight fall in oil and gas prices and a lower level of production due to external influences. Work being carried out on a gas processing plant by Anadarko Midstream caused disruption at numerous pads in the Wattenberg Field in Colorado in July and the first half of August, with the result that the companies were unable to feed into the pipeline network. Restrictions in the offtake of natural gas exacerbated the situation. This affected two pads operated by the subsidiary Elster Oil & Gas (93% share). On top of this came a temporary reduction in output for a few weeks due to completion activities by competitors on the neighbouring pad. For the second half of 2019, approximately 64% of oil production is hedged at an average price of USD 54 per barrel. The revenue forecast for 2019 as a whole will therefore be slightly undershot.

Output in the first nine months of 2019 amounted to approximately 1,270,000 barrels of oil equivalent (BOE) (nine months 2018: 2,720,777 BOE). Earnings before taxes, interest, depreciation and amortisation (EBITDA) accordingly fell to EUR 19.2 million (nine months 2018: EUR 79.5 million). EBIT declined to EUR 7.3 million (nine months 2018: EUR 24.6 million), while earnings after taxes (EAT) reached EUR 2.4 million (nine months 2018: EUR 15.2 million). This puts the level slightly short of the forecast for the whole of 2019, with revenue expected to reach between EUR 40 and 50 million, and EBITDA anticipated to total EUR 25-35 million. Amortisation, depreciation and write-downs amounting to EUR 11.1 million are in accordance with the volume of BOE produced.. Across all subsidiaries, they can be quantified at EUR 14.30 per BOE produced, which is in part lower than in the previous years due to the so-called gas lifts. Unscheduled amortisation, depreciation and write-downs were not necessary. The consolidated equity ratio improved to 35.7% after 32.8% as at 31 December 2018. Liquid assets amounted to EUR 19.1 million as at 30 September 2019. Financial liabilities were cut by a further EUR 4.4 million in the first nine months, having already been reduced by EUR 13.2 million the previous year. The Group expects revenue to total EUR 75-85 million in 2020 and anticipates EBITDA in the region of EUR 55-65 million.

2019 marked by investments and the moderate price of oil
After the very high revenue in 2018, 2019 is now again characterised by high investments, which should lead to significantly higher revenue and income in 2020. For Cub Creek Energy (88.5% share), the first nine months of 2019 were shaped by further optimisation of the existing production from 45 horizontal wells and the development of the new Olander pad. The Haley and Litzenberger pads were fully equipped with so-called gas lifts in October of this year. The production start of the wells (eleven of which are planned for the time being) from the new Olander pad will result in a huge increase in production by Cub Creek Energy. The initial investment volume for the pad (drilling program) was budgeted at around USD 60 million but will now be around USD 10 million less. Drilling began in June of this year. Production might be able to commence this December instead of early in 2020 as planned. "Knight" is another very promising Cub Creek pad which can be developed in the coming year, giving production a further boost. A large part of the borrowed funds is to be used for this purpose.

The new oil and gas company Bright Rock Energy founded in 2018 (97.6% share) is already developing well. Purchases have so far focused on the Uinta Basin in Utah, USA. The company now holds an acreage of around 4,800 acres (approx. 1,900 hectares) and output has in the meantime increased from 100 to 200 BOE per day. The most recent drilling results confirm that the Uinta Basin can compete with the best US oilfields.

The interest in Rhein Petroleum (10% share) reports that the test results (4,000 barrels of oil) of the Steig-1 well proofs economically viable production.

Prices for industrial metals were hit by the US-China trade war. The price of tungsten APT, which is important for the investment in Almonty Industries (12.8% share), one of the world's largest tungsten producers outside China, dropped by around 9%. However, the fall in the price can be disregarded due to the ten-year contract concluded in March 2018, which guarantees a minimum price over the entire period. A new pilot plant financed by the South Korean government has been put into operation following the preparation of the technical test report on behalf of the financing bank for the Sangdong project, South Korea.

Deutsche Rohstoff bond maturing in 2024
The currently issued non-subordinated and unsecured Deutsche Rohstoff AG SME bond carries a coupon rate of 5.25% p.a. (interest date semi-annually on 6 June and 6 December) and has a fixed term from 6 December 2019 to 6 December 2024. The bond has a total volume of up to EUR 100 million with a denomination of EUR 1,000. The terms and conditions of the bond provide for early redemption at the choice of the issuer at 103% of the nominal value from 6 December 2021, 102% from 6 December 2022 and 101% from 6 December 2023. In the terms and conditions of the bond, Deutsche Rohstoff undertakes, inter alia, to observe a minimum equity ratio and to tie up the value of oil and gas reserves and liquid assets. In the event of the minimum equity ratio and/or the asset commitment being breached, the interest rate increases by 0.5% p.a. in the first year of the breach of duty (step-up arrangement), so compensating the bondholders for the increased risk. Application has been made for inclusion of the bonds in the Open Market of the Frankfurt Stock Exchange with trading in the Quotation Board segment.

In conclusion: Attractive valuation
After the good revenue in 2018 and a "breather" at a high level in 2019 due to increased investment activity, good prerequisites for further successful years are now once again in place, signs of which are apparent in the continuous increase in equity in recent years (also in 2019: +2.9%). In conjunction with the return of 5.32% p.a. (on the basis of the issue price of 100%), we regard the 5.25% Deutsche Rohstoff bond (ISIN DE000A2YN3Q8) as "attractive" (4 out of 5 possible stars).

Please note
This press release does not constitute an offer or solicitation to make any offer but is intended solely to guide and represent potential business activities. The information contained in this document is not exhaustive and therefore not binding. Insofar as statements are made in this draft concerning prices, interest rates or other indications, these relate exclusively to the time of preparation and contain no statement about the future development, nor about future profits or losses. Furthermore, this preparation does not constitute advice or a recommendation. Important note: Securities transactions involve risks, in particular the risk of a total loss of the invested capital. Therefore, before making any investment decision, you should seek thorough personal advice, consider your personal wealth and investment situation, and not base your investment decision solely on this press release. Please contact your credit and securities institutes. The admissibility of the acquisition of a security may be subject to various conditions, for instance your nationality. Please also seek appropriate advice in this respect before making an investment decision. Deutscher Mittelstandsanleihen FONDS is not invested in the aforementioned security at the time of publication of the article and has subscribed in the context of the current issue. KFM Deutsche Mittelstand AG, the creator or persons involved in the preparation may hold shares in Deutscher Mittelstandsanleihen FONDS. Changes in the bond price may result in an economic advantage for KFM Deutsche Mittelstand AG, the creator or persons involved in the preparation. Before concluding any business described in this document, it is necessary to receive customer-specific and product-specific advice from your advisor. For detailed product-specific information, please refer to the current full sales prospectus, the Key Investor Information Document and the annual report and, if applicable, the semi-annual report. These documents form the only binding basis for the purchase of investment units. They are available free of charge at the registered office of the management company (FINEXIS SA, 25A, boulevard Royal L-2449 Luxembourg) and at the paying and information agents (Joh. Berenberg, Gossler & Co. KG Luxembourg branch, 46, Place Guillaume II, L-1648 Luxembourg or Joh. Berenberg, Gossler & Co. KG, Neuer Jungfernstieg 20, 20354 Hamburg or at the Erste Bank of the Austrian Sparkassen AG, Graben 21, A-1010 Vienna), and on the Deutscher Mittelstandsanleihen FONDS homepage at www.dma-fonds.de. The Management Company and KFM Deutsche Mittelstand AG assume no liability for damages that arise or have arisen in connection with the use and / or distribution of this preparation.