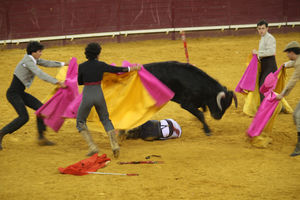 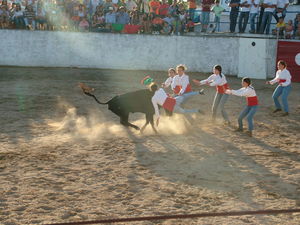 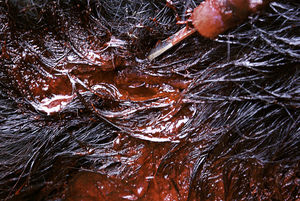 This observation is for Portugal, which is the only country evaluated this year where bullfighting takes place. According to Vera Weber, Vice-president of the Foundation, "the same principle applies to all the other State Parties from today, since the Convention aims to offer the same rights to all, and this applies to all children"

The United Nations (UN), through its Committee on the Rights of the Child, one of the nine human rights treaty bodies, has made an explicit pronouncement against the participation and the attendance of children at bullfighting events.
In March 2013, Fondation Franz Weber presented a report that called the Committee's attention to bullfighting events and practices taking place in Portugal where children witness acts of violence, as well as at bullfighting schools where children are compelled to engage in these acts, in violation of the obligations set forth by the International Convention on the Rights of the Child - a binding treaty that is the most widely ratified human rights treaty in history.

The Convention sets out the entitlement of all children (under the age of 18) to a standard of life that is suitable for their physical, mental, moral and social development as well as the State's duty to adopt the measures that guarantee said protection to children. This is a requirement that is not fulfilled within the context of bullfighting, as stated by several members of the Committee. During the Committee session on the 22 and 23 January in Geneva, Vice-president Oviedo stated "the participation of children and adolescents in bullfighting activities constitutes a grave violation of the articles of the Convention on the Rights of the Child... as they are being indoctrinated for a violent act". Hiranthi Wijemanne, member of the Committee from Sri Lanka, also expressed her concern over this matter, arguing that "from a young age children are exposed to a violent form of activity", which in addition "involves risks to their own physical health". Jorge Cardona, Spanish member of the Committee highlighted that although the Portuguese authority for the protection of children already ruled that said activity represented risks in 2009, minors are still, to today's date, being allowed to participate in bullfighting events, contravening the Convention's obligations.

Today, February 5, the Committee has published its position concerning the participation and attendance of children at bullfighting events "The Committee, with a view to the eventual prohibition of the participation of children in bullfighting, urges the State party to take the necessary legislative and administrative measures in order to protect all children involved in bullfighting training and performances, as well as in their capacity as spectators". Among other observations "The Committee also urges the State party to undertake awareness raising measures about the physical and mental violence associated with bullfighting and its impact on children."

"In bullfighting schools, in classes or bullfighting events where children participate, they must violently injure bulls with sharp implements and grasp the animal without protection until they dominate it, many times becoming victims of accidents", said Sergio Caetano, representative of the Franz Weber Foundation in Portugal. "In addition, children who go to see these events witness images of extreme violence. We believe that now Portugal must prevent children under the age of 18 from attending bullfighting classes, or participating in or watching bullfighting events", stated the activist.

According to statements made by Anna Mulà, Spanish lawyer for Fondation Franz Weber, "The principle of the best interests of the child, at the heart of the Convention, prevails over cultural diversity and over any legitimate interest that may conflict with it".
Leonardo Anselmi, Director of the Foundation for Latin America, believes that "the UN has given us one more reason to oppose bullfighting and these violent events that do not only harm animals but all of society too, including children and adolescents".