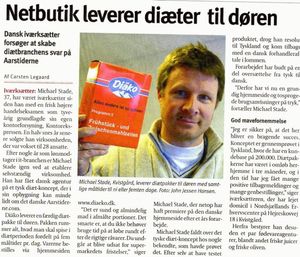 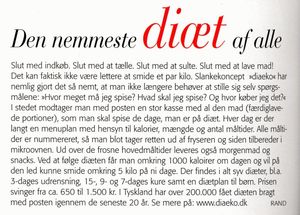 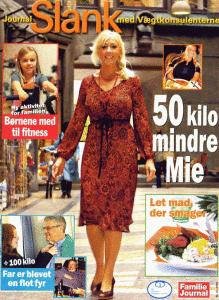 A New Nutrition Programme to Denmark

Copenhagen (pts034/25.08.2006/13:55) - Diaeko-Denmark, lead by Mikael Stade, targets to communicate this new brand - which, in the meantime, has become well known to Germany, Austria (Switzerland/Luxembourg) and Kuwait - to his compatriots in Judland and the Danish islands.

A few miles outside Copenhagen, Mikael poses the centre of his business in a strategically favourable position. At this place, the deep and shock frozen Diaeko programmes and single meals do arrive at this centre place of distribution to the whole of Denmark. Mikael prepares the goods in order to deliver them in less than 4 day's time, right to the frontdoors of his customers. The Royal Danish Post is ready and eager to overtake this office.
Mikael Stade did develop this business, based upon the extensive experience he did accumulate by trading with the large Danish multiple food chains. Since July 2005, appealing to the Danish clientele by internet, Mikael earned exceptional approuval. Even the local and international Danish Press did target him and his new brand. For this, in 2006 there became published a lot of detailed and most specialised articles. Those did transport the Diäko-philosophy, as well as the wide range of Diäko single meals and intermediates (for instance: Borsen, Politiken, Frederiksborg Amts Avis, Journal Slank, Erhverus Avisen, Foedevare Sund).

For this new style stands the E-Mail address: http://www.diaeko.dk.
Mikael Stade, able and sympathetic, sells healthy nourishing and especially a German product, presented to Denmark. His success is much more worthier than seen, by the fact that the Danish people, dealing with nutrition, are a lot more sophisticated than the normal European - such as for instance a German. And these Danish customers are positive in tasting, and, as for this, reordering Diäko. Mikael gets step to step more optimistic in consulting a more intensified engagement of Diäko-Germany in the Danish and northern markets. This will happen, as for the new brand Diäko stands for a healthy and a new kind of life.