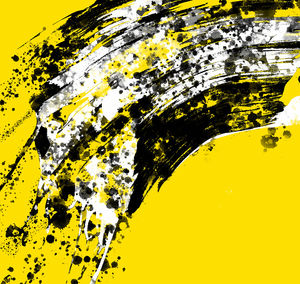 Lode Coen presents his art in the European art metropolis Barcelona as a semi- finalist of the ARTBOX.PROJECT

Zurich/Barcelona (ptp031/21.04.2021/18:00) - ADD-ON TO THE BARCELONA PRESS RELEASE. Since this exhibition was postponed more than one year because of the corona crisis, the content of the press-release is not up-to-date. Since then, many things have happened in the world. Lode was indeed selected a Semi-Finalist at the ARTBOX.PROJECT Barcelona 1.0 exhibition, originally planned for March 2020. But in the summer of 2020, Lode has been selected Finalist with his art work titled: 'Bull Thistle' at the Swiss Art Expo or ARTBOX.PROJECT Zürich 2.0, August 22-24, 2020 at the Zürich Hauptbahnhof. A catalogue was published for this event: 'Lode Coen - Flowers'. In addition Lode Coen was a second time selected a Finalist with his art work 'Secret Science of the Alchemical Rose' at the ARTBOX.PROJECT World 1.0, from January 4 - April 30, 2021 in the ArtBox Gallery in Zürich. Another catalogue was published for this ArtBox World event called: 'Lode Coen - Amaryllis'. A 2021 Lode Coen Art Calendar and all three catalogues (Barcelona, Zürich and World) were published and are for sale via ArtBox Publishing (see link below). A selection of his art is for sale on Artsy.net. Lode also built a virtual art gallery, called 'Ecstasy of Flowers' in Kunstmatrix: https://artspaces.kunstmatrix.com/en/exhibition/4632559/lode-coen-flowers-of-ecstasy

The Belgian artist Lode Coen will be represented with eleven of his artworks in the European art metropolis Barcelona from 2nd to 7th May 2021 during the ARTBOX.PROJECT Barcelona 1.0. All of his works will be showcased digitally on high quality screens, including his piece "Antwerp Central Station 2" which has been chosen as a semi-finalist by the ARTBOX.PROJECT jury. The exhibition will take place in a prestigious art gallery near the world-famous tourist attraction "Arc de Triomf".

Lode Coen was born in Antwerp, Belgium, where he grew up fascinated by theatre, music and art. He decided to study art and graphic design, for which he was inspired by the psychedelic posters of the hippie and rock movements of the sixties, among other things. Later, Coen taught as an experienced lecturer in various colleges in Europe, the United States, Russia and China. For about 10 years he worked as an entrepreneur and art director in Silicon Valley, California, where he co-founded the video game company "Digital Pictures". Later he also founded his own digital design company in Belgium, where he was active until 2014. Today, he is a full-time artist and travels all over the world, while he is mainly based in Belgium and Barcelona.

The key to his work is that Lode Coen experiments with different kinds of techniques such as painting, airbrush, photocopy, video, colored foils and many more. He has always kept up to date with the latest inventions, which led him to buy his first Mac computer in 1984, with which he created digital art in its simplest form. Nowadays he often uses a photograph or a video still as a basis, which he develops creatively until it has evolved into a complete work of art. He aptly describes himself as an art chameleon that is constantly evolving and trying out new things. A good friend of Lode Coen sums it up in the following way: "You create such a prolific stream of art, that it may take several lifetimes to actually see and catalogue all of it."

The artworks presented in Barcelona all belong to the style of digital art. The artworks represent a variety of motifs, such as the train station in Antwerp, scenery in Valencia or abstract figures whose interpretation is left to the viewer. His motifs come from his personal everyday life, when he travels, meets new people, lectures. With his works, he does not want to teach the viewers, but at most give them a new insight into their creativity.

In addition to his artworks, his newly published art catalogue can also be viewed live in Barcelona. The ARTBOX.PROJECT Barcelona 1.0 will take place from 2nd to 7th May 2021 in the Valid World Hall at the Buenaventura Muñoz 6 in Barcelona. The exhibition will be open from 10 a.m. to 8 p.m.

His art catalogue can now also be ordered on: https://artbox-publish.myshopify.com/collections/latest/products/lode-coen

More information about the creative work of Lode Coen can be found on his Tumblr page at https://lodecoenartbox.tumblr.com or on his Instagram account at: https://www.instagram.com/lodecoen/