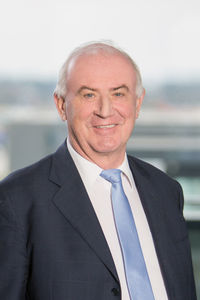 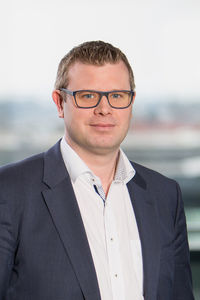 pta20180627042
Public disclosure of inside information according to article 17 MAR

POLYTEC HOLDING AG: Change to the Board of Directors

Hörsching (pta042/27.06.2018/14:20) - .
At its meeting of today, the POLYTEC Holding AG Supervisory Board agreed the following resolutions regarding changes to the Board of Directors:

After thirty-two years of highly successful group management, its founder and CEO, Friedrich Huemer (60), will not further extend his executive management mandate, which expires at the end of the current year, and with effect from 31 December 2018 will stand down from the board. He will however continue to be available to the group in an advisory role. With his systematic buy & build strategy, following its foundation, within a very short period Friedrich Huemer succeeded in turning his company into an automotive industry supplier group of note. He guided POLYTEC through the 2008/2009 financial crisis with impressive authority and in less than two years returned it to a successful course. Friedrich Huemer now hands over an enterprise with great financial strength and an excellent market position. He can thus look back on an outstanding track record as a businessman.

Markus Huemer (37), Friedrich Huemer's son, will assume management of the group as its CEO with effect from 1 January 2019. Markus Huemer possesses a comprehensive, interdisciplinary educational background, having attended the Higher College for Chemical Engineering in Wels, gained a degree in Production and Management at the Steyr School of Applied Sciences and obtained an MBA in financial management at the Johannes Kepler University Linz. For the past thirteen years, he has contributed to POLYTEC's success in a diversity of functions and since 2014 he has served on the Board of Directors as its COO and deputy chairman. Markus Huemer has already established numerous pointers for the future orientation of the group in order to use the opportunities provided by a dynamic market environment.

The executive management mandate of Alice Godderidge (45), the group board's CSO, also expires at the end of the year and both she and the Supervisory Board have mutually agreed that this will not be renewed. During the past fifteen years, in a variety of posts Alice Godderidge played a decisive role in both POLYTEC's progress and the shaping of the group. Following successful teamwork, she is now looking forward to fresh challenges.

Peter Bernscher (50) will join the board as its CSO with effect from 1 August 2018. As a former managing director, he was previously responsible for companies and subdivisions of voestalpine AG and in his last appointment was a member of the voestalpine Metal Forming executive board with responsibility for sales, marketing, sourcing and the Automotive Components Business Unit. Peter Bernscher also acted as the British Steel Ltd. CEO in the UK and therefore will bring extensive automotive market know-how and experience in a major concern to POLYTEC.

As per 1 January 2019, Heiko Gabbert (50) will assume Markus Huemer's position as COO. He is currently the CEO of the POLYTEC Group's injection moulding business area, which has sales revenues of around EUR 280 million and a workforce of approximately 1,600. As a chemistry and plastics technology graduate, he is a fully trained engineer and he also possesses extensive management and automotive experience gained during project management and managerial assignments in groups such as Faurecia and Volkswagen. Heiko Gabbert has served POLYTEC in a number of posts for the past fifteen years and thus disposes over wide-ranging market and customer know-how, as well as an in-depth understanding of the group.

Peter Haidenek (53) will remain in his post as POLYTEC CFO, an appointment that he has occupied since 2011.