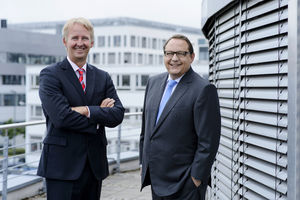 Gräfelfing, Munich (pta011/15.12.2014/10:17) - According to preliminary figures, sales revenues earned by the Hönle Group in the 2013/2014 financial year climbed 6.2 % to TEur 82,090.The operating result (EBIT- earnings before interest and tax) saw a 23.1 % increase to TEur 9,483 in the same period.
In the previous year, special financial income-related influences amounting to Eur 1,491 led to an increase in the pre-tax result and consolidated net income for the year. At TEur 8,967, EBT (pre-tax result) was therefore only 3.8 % up on the previous year whereas the consolidated result dropped by 3.2 % to TEur 6,495. This translates into earnings per share of Eur 1.13 (PY: Eur 1.20). Adjusted for the special influences, EBT was up 25.5 % and the consolidated result was up 24.4 % on the previous year's level.
Despite a clearly negative earnings contribution on the part of Raesch Quarz (Germany) GmbH in the amount of TEur 2,257, Hönle Group succeeded in raising the EBIT margin from 9.8 % to 11.3 %. Net profit on sales declined from 8.7 % to 7.9 % as a consequence of the special influences described above.

Outlook
With products for growth markets such as Digital Printing, Automotive, Smartphones and Smartcards, among other things, the Hönle Group is well positioned. Future growth is assumed to arise from these segments, in particular. Moreover, with high quality quartz glass products, the corporate group is excellently equipped to further tap into the semi-conductor and glass fibre market. Stable sales development is expected for the offset printing segment. In addition, the measures implemented at Raesch Quarz (Germany) GmbH are expected to contribute to sales revenue and earnings increases for the Hönle Group in the new financial year.
Given unchanged economic conditions, the Management aims at Hönle Group sales of between Eur 85 and Eur 95 million and an operating result of between Eur 12 and Eur 14 million for financial year 2014/2015.

The 2013/2014 Annual Report will be published on 29 January 2015 and will also be available on the Internet under http://www.hoenle.de/ir-berichte/.

About Hönle
Dr. Hönle AG is a listed technology company with head office in Gräfelfing, near Munich. With a staff level of more than 500 employees, the Hönle Group is one of the world's leading systems suppliers in the UV technology segment. The equipment and systems are used for drying inks and coatings, curing adhesives and plastics, disinfecting surfaces, and in the simulation of natural sunlight. The Company's business activities also include the development and sale of industrial adhesives and casting compounds. In addition, the Group manufactures UV lamps that are used in water sterilisation and for other applications, and produces tubing and semi-finished goods made of quartz glass that are used by various branches of industry. The Hönle Group is represented worldwide at 69 locations in 27 countries by own companies and sales partners.