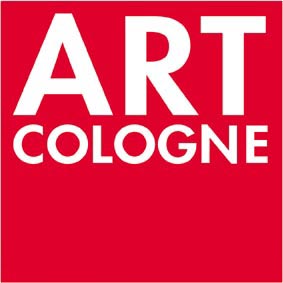 ART COLOGNE and its opportunities in new location

Cologne (pts026/09.06.2005/11:00) - The fair's move to new exhibition halls and the improvements this will bring are capturing the interest of international exhibitors and visitors

ART COLOGNE is continually reinventing itself. That's because it keeps aligning itself with the changing demands of the market while maintaining its steady focus on art. When its doors open this year on 28th October (Professional Preview and Vernissage: 27th October 2005), it will be undergoing one of its most far-reaching changes in recent years. The halls previously used by ART COLOGNE, which were built in the 1920s, will be remodelled between 2006 and 2008 for RTL, Europe's largest TV broadcaster. Consequently, ART COLOGNE will be moving to new premises on the exhibition grounds, in the existing Halls 9 and 10. This move will require a completely new layout concept, which will be submitted at the end of June after the registration process has been concluded. "Exhibitors and visitors alike will rediscover the 39th International Fair for Modern and Contemporary Art," said ART COLOGNE Director Gérard A. Goodrow. "The supporting programme at the fair and the activities emanating from ART COLOGNE will also offer the international art world a wealth of new highlights."

The event's new location in Halls 9 and 10 offers it a whole range of new possibilities. The two halls offer four equally attractive exhibition levels, each of which has a six-metre ceiling. The various levels of the halls are joined by a generously proportioned and fully glassed-in central conservatory. There are parking decks for exhibitors and visitors on the hall roofs. And the new halls are easy to reach via public transportation, by car and on foot from the city centre.

Special exhibition: The Rik Reinking Collection
The basic outline of the supporting programme for ART COLOGNE 2005 is in place. One of its components will be a special exhibition featuring a selection from the extensive collection of Rik Reinking of Hamburg. The works in the exhibition extend from the 1960s to the present day. At just 28 years of age, Rik Reinking is one of the youngest major collectors in Germany. He has designed his own architectural setting for the presentation of his collection. The exhibition, which will be housed in four containers, contrasts younger and older generations of artists. Among the artists whose works will be presented are Carl Andre, Daniele Buetti, Daniel Buren, Johannes Esper, Liam Gillick, Gregory Green, Tatsuya Higuchi, Anish Kapoor, On Kawara, Henning Kles, Wolfgang Laib, Matthew McCaslin, John McCracken, Jonathan Meese, Robert Rauschenberg, Sam Samore, Keith Sonnier, Rosemarie Trockel and Ben Vautrier.

Video art in the spotlight
Numerous exhibitions and events at the fair and outside the exhibition grounds will be devoted to video art and works of art that use new media. "Last year we provided galleries with video rooms at a reduced fee, to support their communication activities. We will continue this programme in 2005," says Goodrow. One of the special exhibitions at ART COLOGNE is titled "Paik and Beyond". It will showcase video art from Korea by artists ranging from Nam June Paik to up-and-coming young talents. The exhibition will be curated by Dong Jo Chang, an expert from Korea.

The Cologne-based ZADIK - Central Archive of the International Art Trade - will once again be presenting a special exhibition dealing with art documentation. This exhibition as well will focus on Nam June Paik, the Korean artist who was active in the 1960s and 1970s in Cologne and Düsseldorf and is known today as the "grandfather of video art". Placed adjacent to the special exhibition "Paik and Beyond", it will present early and contemporary works by this artist. Korea is also the focus of the exhibition "Full of Life", which is being organized by the Frankfurt Art Association for this year's Frankfurt Book Fair. This exhibition will close at the end of November 2005.

The D.A.M. (Digital Art Museum) in Berlin will also be staging a special exhibition on the topic of digital art, and the Epson company will be presenting the first-ever Epson Art Photo Award at ART COLOGNE and organizing a special show. Electronic media will also be the focus of a meeting for the members of the Integrated TV & Video Association (ITVA), which will be followed by a gala event. The ITVA presents an annual prize for outstanding media art, the ITVA Award.

Special exhibition: The sponsorship programme for young artists celebrates its 25th anniversary
The ART COLOGNE sponsorship programme for young artists will celebrate its 25th anniversary in 2005. Now known as the "New Talents" programme, it has introduced hundreds of artists to the market, including many who have made names for themselves internationally. Goodrow says: "Our success rate has been high, and our list of well-known names ranges from top photographers such as Candida Höfer, Thomas Ruff, Jörg Sasse, Thomas Demand and Elger Esser to leading artists on the German art scene, including Stephan Balkenhol, Günther Förg, Rosemarie Trockel, Andreas Slominski, Mischa Kuball, Gregor Schneider and Neo Rauch, as well as international stars such as Erwin Wurm, Olafur Eliasson, Tracy Emin, Beat Streuli and Yinka Shonibare." The curator, Renate Goldmann, will be organizing a special exhibition at ART COLOGNE 2005 in cooperation with artists who have benefited from the supporting programme over the last 25 years.

Special exhibition featuring the winners of the Prix Marcel Duchamps
Another special exhibition will be devoted to contemporary French art. A selection of works that have been awarded the Prix Marcel Duchamps will be presented. Since 2000, the Association pour la Diffusion Internationale de l'Art Française (ADIAF) - one of the most important associations in France for collectors and lovers of contemporary art - has been presenting this award, which is worth Eur35,000, to French artists or artists living in France. Previous recipients include Thomas Hirschorn (2001), Dominique Gonzalez-Foerster (2002), Mathieu Mercier (2003) and Carole Benzaken (2004). The exhibition will be curated by Jean-Marc Prevost, Inspecteur de la création artistique of the Ministère de la Culture, Paris, and supported by the French Embassy and the Bureau des Arts Plastiques in Berlin.

VIP programme with excursions to Bonn, Düsseldorf and Frankfurt
The VIP programme for the next ART COLOGNE will include excursions to museums and galleries in Düsseldorf, museums and art institutes in Bonn, and Frankfurt. After all, it takes just one hour to go by InterCity Express train from the exhibition centre station in Cologne-Deutz (Köln Messe/Deutz) to Frankfurt, which is home to remarkable museums and exhibition venues for modern and contemporary art, including the aforementioned exhibition at the premises of the Frankfurt Art Association. From 12th August to 6th November 2005, the Art and Exhibition Hall in Bonn will be presenting "van Gogh to Beuys ... CROSSART: Masterpieces from Ten German and Dutch Museums". The Bonn Art Museum will be presenting an exhibition featuring several contemporary art movements from Arab countries under the title "Le Monde Arabe" from 15th September to 20th November 2005.

ART COLOGNE Prize
According to Goodrow, this year's event will once again feature an "ART Talk", which will be organized in cooperation with Rolex, as well as a reprise of the very successful international symposium organized jointly by Deutsche Bank and ART COLOGNE. And the 2005 ART COLOGNE Prize (Eur10,000) will be presented by the Bundesverband Deutscher Galerien (BVDG) and Koelnmesse. It's a Cologne tradition for the city's galleries to open their doors during ART COLOGNE, and this year will be no exception. This year's premieres will be taking place until 10 p.m. on Saturday, 29th October.

New Talents and New Contemporaries programmes will be run again
The New Talents programme provides 25 m^2 booths free of charge to promote young artists from around the world who are selected by an independent jury of art experts. The programme is supported by the Federal Commissioner for Cultural and Media Affairs, North Rhine-Westphalia, the city of Cologne, Koelnmesse and sponsors. It is being organized by the Bundesverband Deutscher Galerien (BVDG), Cologne. Recently established galleries are being promoted by the New Contemporaries invitation programme. Young international galleries recommended by a jury (Sven Ahrens, Hammelehe + Ahrens, Cologne; Bea de Souza, The Agency, London; and Caroline Nathusius, Koelnmesse) are being invited to present themselves at a 30 m^2 stand. The cultural foundation of Sparkasse Köln Bonn is providing part of the funding for the stand.

The director of ART COLOGNE emphasized that the move into new exhibition halls and the associated changes to the event have noticeably heightened international interest in the fair among exhibitors and visitors alike. According to Goodrow, "ART COLOGNE will make the most of its opportunities in the attractive new location and will use them for the benefit of art and the art market."